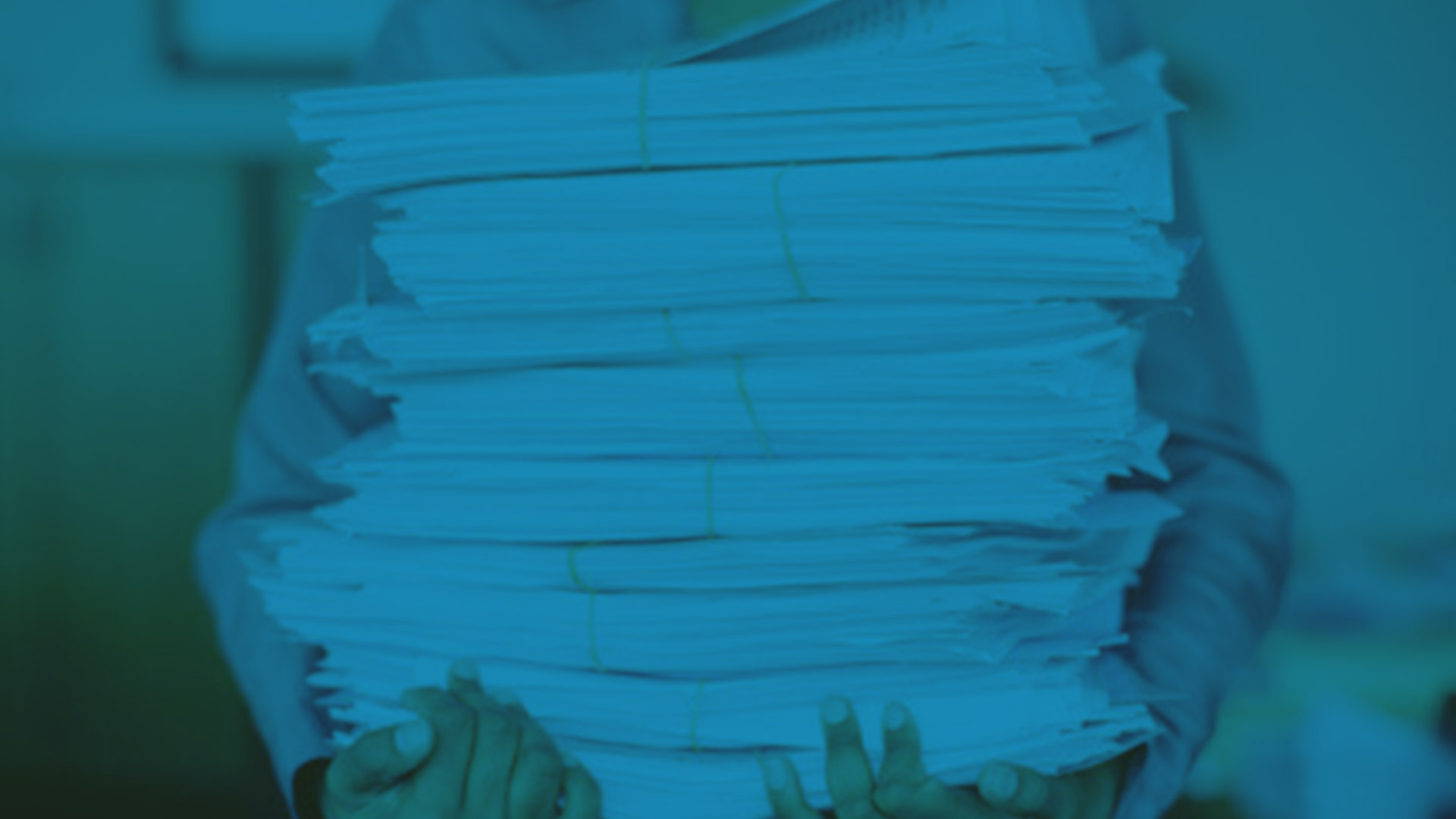 What does it take for a lawyer to like a DMS?

There’s a rumour going around that lawyers are hard to please. Now I don’t personally subscribe to this notion but I do believe it is engrained in a lawyer’s DNA to hone in on dysfunctional technology like a heat-seeking missile. Call me a hopeless romantic but I also believe that if you provide technology that’s intuitive, reliable and responsive, then you can please just about anyone—even lawyers.

Let me start with a short story from the trenches. Peter is a very, very smart lawyer who had once suffered badly under a previous document management system (DMS) and vowed that he would rather cut off his right leg with a rusty hacksaw blade than use another one. One fateful evening I was on the train tethered by Internet to the office when who should call but Peter. Before his DMS rant was complete the document he needed popped into his Outlook; a rudimentary search was all I needed to find the last modified document for which he was the author. “I guess that’s why they call it document management” was all I could squeeze in before I heard a grunt of gratitude followed by a click. I’m happy to say that Peter retained both legs and eventually became our biggest DMS advocate. Sometimes folks just need those “aha” moments.

Lawyers don’t expect perfection but they do expect common sense. If you’re going to roll out a DMS that will confuse them and make their jobs harder, then you can expect them to work around it. Much like in Jurassic Park, lawyers will “find a way”. Dropbox and memory sticks become the ‘frog DNA’ which confounds scientists and I.T. directors alike. At the end of the day, it’s human nature to take the path of least resistance, no matter how many hours you spend beating your chest over security and compliance.

So how do you get lawyers to rate the DMS alongside Outlook, Time Entry and their Smart Phone? First of all, you have to make it reliable, responsive and intuitive—if it’s up and down like a fiddler’s elbow, as slow as molasses in January and you need a Ph.D. to work it, then it’s game over—no matter how many bells and whistles you offer.

I remember a sad story about a colleague of mine who pitched some sexy new functionality of his limping VOIP phone system to an audience of lawyers. A lawyer at the back of the room asked, “Can I still get a dial tone once in a while?” Lawyers won’t get excited about new features if they don’t like the system you have.

Assuming you’re secure and you’ve got the performance side covered, then let’s get into some features of a DMS that lawyers really seem to like.

The last time I looked, e-Mail messages were documents—in fact documents on steroids, if you think about how many components they can have. One of the main reasons the iManage DMS started to dominate in Legal around a decade ago was that it presented both traditional documents and e-Mail together under one umbrella so that lawyers didn’t have to use multiple tools and mental gymnastics to piece together their files—Word documents, e-Mails, voice mails, faxes—all living together in harmony.

How on earth we went from a Windows folder structure to “fill out this profile form” I’ll never know—can someone explain that to me? Most people like folders—they always have and they always will. If you want to file a document, give the folder a name and put the document in it; granted that once in a while there may be special circumstances but, for the most part, dialogues are for dinosaurs.

Now, what about folder structures and consistency? Lawyers understand that without order there is chaos—but if you trap them in a corner, they’ll come out swinging. It makes total sense to categorize Matters in your Practice Management system and use that to generate task-specific folders in your DMS, but give your lawyers some leeway at the lower levels… they’ll love you for it.

Another feature which I’ve seen lawyers salivate over is the ability to pre-populate new Matter workspaces with shortcuts to existing documents, so that precedents and other reference materials are at their fingertips as soon as the work begins—great for rookies.

If there’s one thing which will drive lawyers into the hallways with pitchforks and torches it’s having to ask about something several times only to discover that it’s already there. Automation should be available to notify lawyers and/or their assistants when a Workspace is ready or when a lawyer has been invited to subscribe to another lawyers’ Matters (more about this later). It’s basic communication.
Shortcuts

At the end of the day lawyers just want to find their documents—quickly. It’s nice that a DMS system might manage a list of recent documents, recent Matters, recent searches and even favourites but in my humble experience, most lawyers just want an organized set of Client and Matter folders that fall anywhere between what’s happening now and everything they’ve ever worked on.

I noticed that over a period of time lawyers accumulate enough Matter shortcuts to sink a ship—so many that they can’t see the forest for the trees and a great feature starts degrading in value. Normally, I like to keep to what’s out of the box but once in a while a function is simply too critical. Enter RBRO Shortcuts Manager—an automated way of letting lawyers control how their shortcuts are organized and a means of taming the ‘folder tiger’.

Occasionally (frequently), documents are misfiled. This might happen at the Folder level, Matter level or Client level. Lawyers love the ability to perform a “Search Within,” where their hunt is restricted to just that branch. I’m forever using the Windows Explorer search box to hunt within the folder I’ve arrived at, so why wouldn’t your DMS work the same? Lawyers can understand that—just right-click on the folder and search—no training course required.

Ah yes, the Holy Grail. I remember a lawyer standing in my doorway once proclaiming that she had almost “drowned in e-Mail” on just one Matter. A DMS should offer a number of different ways to deal with e-Mail. “Magic” or semi-automatic filing involves the system learning where e-Mail should go as messages are received and sent. However, some lawyers will prefer to take control using drag/drop or associate Outlook folders with DMS folders and let the system do the filing. Even with all this technology, lawyers will sometimes prefer to have their assistant spend time filing e-Mail at the end of every day, but you need to accommodate multiple styles—one size will not fit all.

Not every lawyer/assistant partnership works the same way. Some lawyers like to be largely self-sufficient, while others prefer to delegate most of the DMS organization. Others fall in between. Your DMS needs to allow flexibility where lawyers and assistants can collaborate to the extent that works for them.

It’s always exhausting bringing new folks up to speed. Associates often have to cherry-pick Matters from around the system based on a napkin sketch from a Partner. Your DMS should make it easy to share work product. iManage allows a lawyer to invite another to subscribe to their Shortcuts, so that the Associate sees everything the Partner does under a neat ‘umbrella’—notwithstanding security, which trumps all.

In wrapping up, you may have noticed that I haven’t spoken about Remote Access, Mobility or the plethora of other considerations when choosing a DMS. The focus of this article has been on the basics. Every project needs WOW factors—things which will make lawyers say, “Now THAT’S useful”. As an I.T. Director, I always loved buying into technology that would please lawyers out of the gate but knowing there was much of the iceberg beneath the surface. The trick is to put lawyers on a technology drip—not a fire hose.

Also, my intent was not to point you in one direction or another, but I’ve shamelessly hitched my wagon to RBRO for their stellar understanding of how to implement a DMS within the Legal Community and to iManage for their efforts in re-launching iManage Work with verve and gusto as the DMS leader that it is. Happy filings.